Update:  Please review the below links. The 307th Bomb Wing has been reactivated at Barksdale AFB in Louisiana.

Following WWII, the 307th Bomb Group returned to the states in December 1945 and was subsequently deactivated.

With barely time to form cobwebs, the 307th Bombardment Group was reactivated August 4, 1946. Located at MacDill Field, Florida, the group was equipped with huge B-29 Superfortresses and the wing was appropriately designated “Very Heavy.”

Strategic Air Command (SAC) then selected the 307th as its first antisubmarine unit in December 1946. Precursor to similar SAC units, the group acted as a “guinea pig” in the development of new anti-sub tactics and operational procedures.

During its training years, the 307th was continually called upon to demonstrate bomber effectiveness. At the 1949 inaugural ceremonies, group bombers led an aerial display honoring incumbent President Harry S. Truman.

The 307th continued to train as an anti-sub unit until war erupted in Korea. In 1950, the group was temporarily assigned to Kadena airfield on Okinawa.

From the Okinawa airfield, group bombers staged attacks against the rapidly advancing communist forces in South Korea. By mid-1953, United Nations forces had contained the enemy north of the 38th parallel and the war was more or less over.

While in Okinawa, the 307th was awarded the Republic of Korea Presidential Unit Citation for its air strikes against enemy forces in Korea. It was also awarded the Distinguished Unit Citation and several campaign streamers.

Finished with its task in Korea, the 307th returned to the United States in 1954. Assigned to Lincoln AFB, Nebraska, the group’s B-29s were replaced with swept-winged B-47 Stratojets. The sleek new bombers were the first jet-propelled aircraft assigned the wing. The wing was then designated as the 307th Bombardment Wing (Medium).

27 July 1953 Kadena AFBWord filters through the grapevine that a truce shall be signed to end the “Korean Conflict” within twenty-four hours. The B-29’s of the 307th are serviced; bombs and ammo loaded, preflighted, and take off for their last bomb run of the conflict. This shall be the 573rd mission of the conflict for the 307th. Colonel Austin J. Russel of Monett, Missouri shall lead the raid. There will be a full eclipse of the moon before they reach the target. There are thunderstorms over the Yalu River so there will be no fighter opposition this night. The bombs are dropped and the wing returns to Kadnea AFB, Okinawa. With this mission the 307th has flown 5,810 sorties and dropped 58,100 tons of high explosive in Korea during the conflict.

Operational Units during the Korean War

In August 1950, the 307th deployed to Okinawa. Detached from SAC, it began operations under Far East Air Forces (FEAF) Bomber Command, provisional. The attached 306th Bomb Group transferred to its parent wing on September 1, 1950 and until February 10, 1951, the 307th had no tactical mission. On that date, wing resources were used to train the 6th Air Division at MacDill and the wing deployed without personnel to Kadena, where it absorbed resources of the 307th Bomb Group and began flying combat missions. By the end of the hostilities, the wing (including its tactical group) had flown 5,810 combat sorties in 573 combat missions. The wing remained in the Far East in combat ready status and on August 15, 1953, Kadena AB, Okinawa became its permanent base. 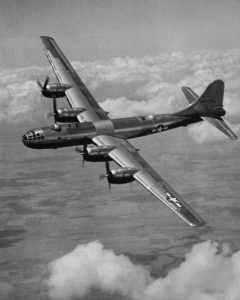 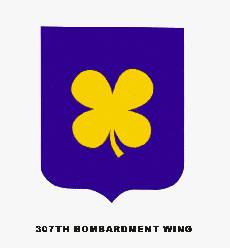 The Boeing B-29 was designed in 1940 as an eventual replacement for the B-17 and B-24. The first one built made its maiden flight on September 21, 1942. In December 1943 it was decided not to use the B-29 in the European Theater, thereby permitting the airplane to be sent to the Pacific area where its great range made it particularly suited for the long over-water flight required to attack the Japanese homeland from bases in China. During the last two months of 1944, B-29s began operating against Japan from the islands of Saipan, Guam and Tinian.

With the advent of the conflict in Korea in June 1950, the B-29 was once again thrust into battle. For the next several years it was effectively used for attacking targets in North Korea.

Please let us know if anyone has any information about B-29’s delivered to the RAF by 307 Bomb Wing crews. See the email below for more information. The following information and question was received from Chris Howlett with the society for former Royal Air Force B-29 personnel.

I run a small society for former Royal Air Force B-29 personnel. The B-29, called Washington B Mk1 by the RAF, served with RAF bomber units from 1951 through to 1954 and with an ELINT unit until 1958. The first 4 B-29s delivered to the RAF were delivered by crews drawn from the 307 BW and I wonder if any of your members were a part of this delivery process.

If any were I would be most interested in hearing from them and learning about the delivery flights and also about the subsequent training given to the early RAF crews – I understand that three of the four crews remained at Marham for three months to train their RAF counterparts. 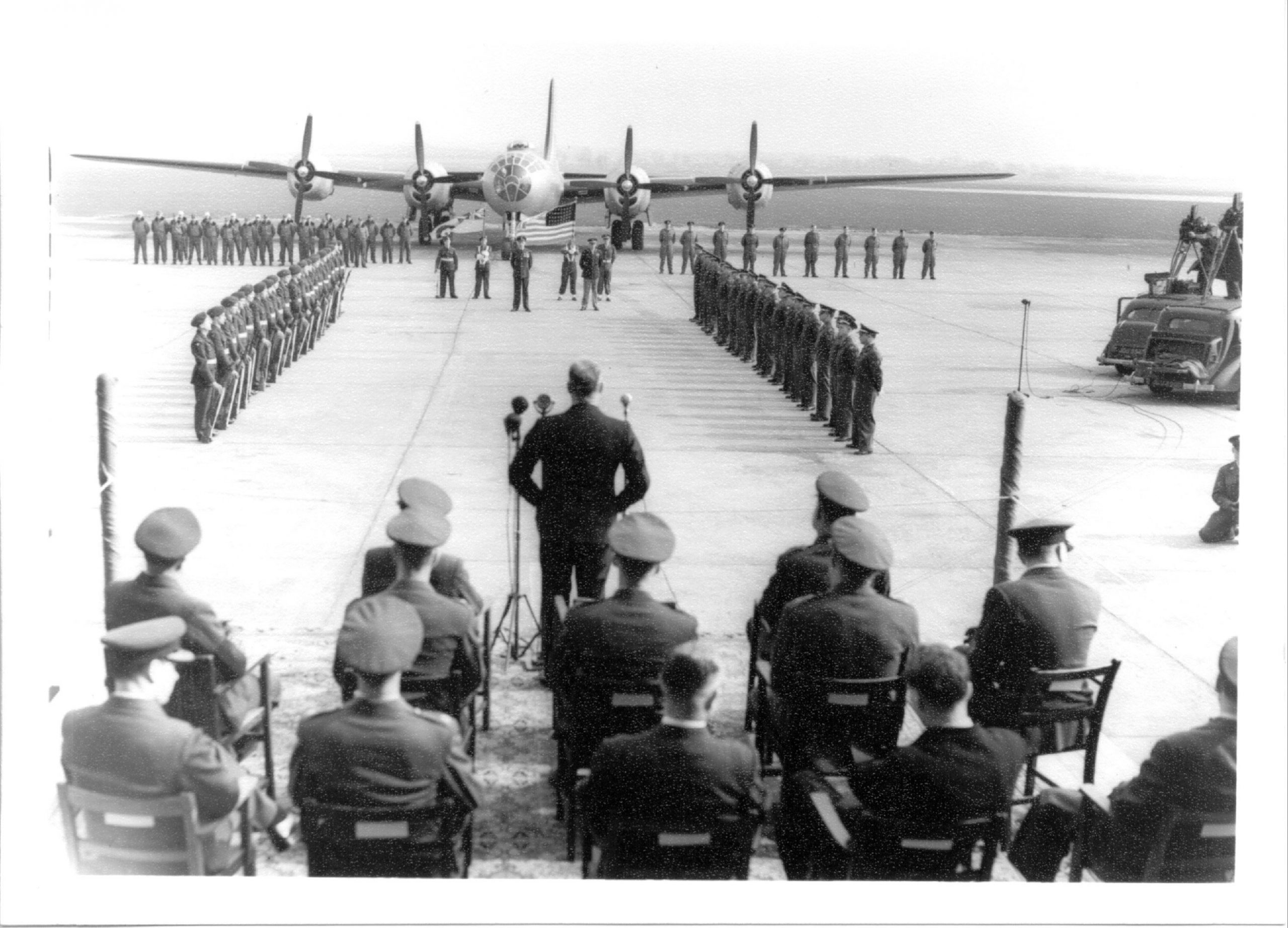 Copyright Notice: All images and text on this website are protected by U.S. and International Copyright Law. No images or text should be copied, downloaded, transferred, or reproduced without the written consent of the 307th Bomb Group (H) Association. This site belongs to the 307th Bomb Group